Proud of who we are.

Ngarliyarndu means ‘the people of the coastal Pilbara’. Bindirri means ‘star’. On behalf of NBAC’s members, NBAC directors carry on a long tradition of the many language groups that have come from the five branches of rivers through to the Ngurin River (Harding River), the Ngarluma people and their ngurra (land) over time to alleviate hardship and live lives of value.

Under the guidance of Ngarluma leadership, the multi-language group board and membership of NBAC reflect the people of the area and respects the cultural authority and leadership inherent in Aboriginal culture and Roebourne town. NBAC’s board includes representation from senior elders and leaders of Ngarluma, Yindjibarndi, Yinhawangka, Banyjima, Marduthunera and Karriyarra nations.

NBAC’s history stretches back to 1970 and a very different time. The men and women of Roebourne came together to tackle issues impacting the Aboriginal people of Roebourne. Since that time, through a tumultuous period of history and many incarnations, including Ieramagardu Gardening (1974), Ngurin CDEP (1982), Ngurin Resources (1986), Robe River Workers (1986), Decca Station (1990), Roebourne Workers Association (1993) and most recently Ngarliyarndi Bindirri Aboriginal Corporation (2000), the organisation has faithfully served and advocated for the people of Roebourne.

Today, NBAC is a not-for-profit, community association that is a Designated Gift Recipient reporting through the Office of the Registrar of Indigenous Corporations for a membership of 100 per cent Aboriginal people associated with Roebourne. With exemplary and stable governance, NBAC has stood firm through devastating policy impacts, cyclones, construction booms and busts and the toxic tensions of Native Title negotiation to actively listen to our Membership and deliver practical services in Roebourne.

In accordance with our charter, Ngarliyarndu Bindirri strives to deliver ‘well-being and self-determination for all Aboriginal people associated with Roebourne’ in the coastal Pilbara. NBAC interprets ‘well-being’ as happiness; and ‘self-determination’ as the absence of Government control. Far from dependency on Government or sponsorship, NBAC is a unique community organisation that maintains independence by self-generating the majority of operating capital. Today NBAC is proudly a 97 per cent self-funded social enterprise.

For more information on NBAC, please contact us directly via info@bindirri.com or call 08 9185 8888.

The Ngarliyarndu Bindirri Aboriginal Corporation office is located on Sholl Street in Roebourne. Our offices also serve as the local Centrelink agency and the hub for our Red Dirt Driving Academy. NBAC also runs a successful Ways2Work program, the Yirramagardu Crew and is a key organisation in the 6718 Advantage Plan.

Inline with our vision for well-being and self-determination, our work focuses on local opportunities, and solutions, for local people.

NBAC fought hard to establish and maintain a local Centrelink agency for the people of Roebourne. The Centrelink office is a welcoming central meeting point to address many personal governance issues and is a hub for advertising local activities. NBAC’s Centrelink office is a great first point of contact to seek solutions or just to find out what is going on in our town. 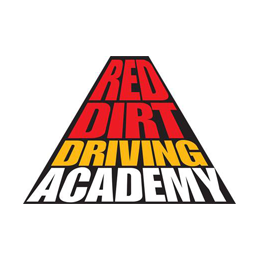 NBAC understands that a valid Driver’s Licence is a critical personal asset to unlock our personal potential. The process to achieve this can be complex and problematic for many local people.

Serving the community since 2012, the Red Dirt Driving Academy provides a personalised governance service to support and empower local people as they navigate the system and meet the necessarily high standards of identification, safe driving skills and compliance. RDDA is Roebourne’s own driving school, operated by local people, delivering support and lessons to the community from Dampier, Karratha, Roebourne, Wickham and out to Point Samson. 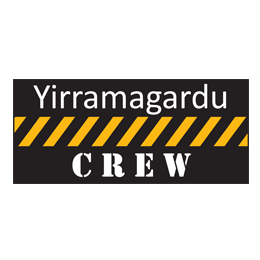 Yirramagardu Crew is a small hardworking team of local men and women providing home maintenance services to the Roebourne community.

Relaunched in 2010, the Yirramagardu Crew prioritise works for the ‘very old and very sick’ to ensure that our old people and our sick people benefit from our services. The skills and confidence gained with the Yirramagardu Crew enables solid progress to resolve employment barriers, such as licence compliance, accommodation, health, certification and site specific pre-qualifications.

NBAC owns and operates the largest and proudest Aboriginal businesses in the Pilbara. Brida is an award-winning facility maintenance business, strong in grounds and cleaning services and a range of other industry maintenance streams. Brida is the backbone of the many programs delivered by Ngarliyarndu Bindirri.

Ways2Work provides short-term or casual work for local people. Labour hire opportunities in the local area include shut-down, operators, wash-down, contract labour and a range of other opportunities. Ways2Work opportunities are often stepping-stones to full-time work with Brida.

This program engages Roebourne’s people in the local employment market by assisting with:

6718 is the postcode of our hometown, Roebourne. Tired of living with disadvantage, NBAC is delivering a disruptive and ground-breaking social innovation process called the ‘6718 Advantage Plan’ and it starts with Roebourne.

Our old people tell us ‘if you are fortunate to live on Ngarluma ngurra, you should live a life of advantage’. Backed by 10 years of Elders Yarns and the leadership of Roebourne, 6718 calls on all government and industry leaders to ‘collaborate and focus’ on the gaps within the town and transparently share information with town leaders, allowing the people of Roebourne to make decisions for Roebourne.

The 6718 Advantage Plan boldly aims to ‘close all the gaps in Roebourne’. We call it a ‘flat table where we can talk straight with Government’ and we believe it is the way forward for our town.